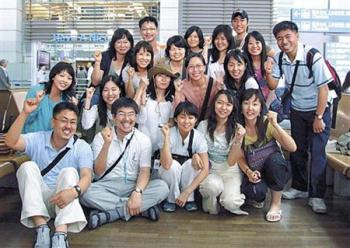 Here's a petition about the Korean hostages that I just received from my buddy Max Han at NYseoul.com. I'm appalled at how quickly this issue has been dropped in the American media when all these people's lives are at stake at least in part because of the mess we made in the Middle East (don't forget that our involvement there against the Soviets helped allow the Taliban to become ascendant in the first place!). Please consider signing it:

The Afghanistan hostage situation involving the South Korean aid workers being held by the Taliban, is spiralling out of control. If any more are killed, it could force aid agencies to pull out of Afghanistan -- denying millions of Afghanis the help they need after years of war.

The Taliban are guided by the Afghan Pashtunwali code, a principle that requires “hospitality to all, especially guests and strangers” – and this kidnapping is a clear violation of the code, offending te weary people of Afghanistan on whom they depend. So it’s time for the global community to stand with Afghanis and South Koreans, demand that the Taliban to honour their code and release the rest of the hostages. Sign the petition NOW --


To the Taliban leaders,

Please honour the code of the Pashtun people, respect aid workers as guests in Afghanistan and release all hostages unharmed.

Posted by GreenFertility at 7:35 AM