Lead and the link to violent Crime? 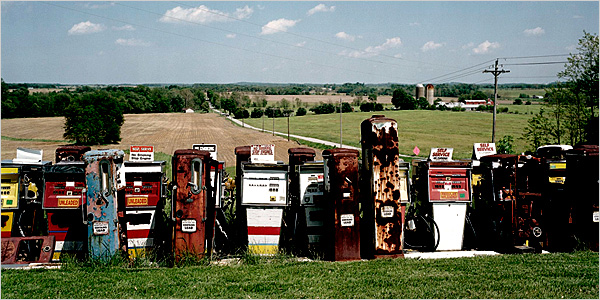 Has the Clean Air Act done more to fight crime than any other policy in American history? That is the claim of a new environmental theory of criminal behavior.

In the early 1990s, a surge in the number of teenagers threatened a crime wave of unprecedented proportions. But to the surprise of some experts, crime fell steadily instead. Many explanations have been offered in hindsight, including economic growth, the expansion of police forces, the rise of prison populations and the end of the crack epidemic. But no one knows exactly why crime declined so steeply.

The answer, according to Jessica Wolpaw Reyes, an economist at Amherst College, lies in the cleanup of a toxic chemical that affected nearly everyone in the United States for most of the last century. After moving out of an old townhouse in Boston when her first child was born in 2000, Reyes started looking into the effects of lead poisoning. She learned that even low levels of lead can cause brain damage that makes children less intelligent and, in some cases, more impulsive and aggressive. She also discovered that the main source of lead in the air and water had not been paint but rather leaded gasoline — until it was phased out in the 1970s and ’80s by the Clean Air Act, which took blood levels of lead for all Americans down to a fraction of what they had been. “Putting the two together,” she says, “it seemed that this big change in people’s exposure to lead might have led to some big changes in behavior.”

Reyes found that the rise and fall of lead-exposure rates seemed to match the arc of violent crime, but with a 20-year lag — just long enough for children exposed to the highest levels of lead in 1973 to reach their most violence-prone years in the early ’90s, when crime rates hit their peak.

Such a correlation does not prove that lead had any effect on crime levels. But in an article published this month in the B.E. Journal of Economic Analysis and Policy, Reyes uses small variations in the lead content of gasoline from state to state to strengthen her argument. If other possible sources of crime like beer consumption and unemployment had remained constant, she estimates, the switch to unleaded gas alone would have caused the rate of violent crime to fall by more than half over the 1990s....

“It really does sound like a bad science-fiction plot,” says Nevin, a senior adviser to the National Center for Healthy Housing. “The idea that a society could have systematically poisoned its youngest children with the same neurotoxins in two different ways over the same century is almost impossible to believe...”

My thought: it's not just lead, let's add in pesticides, MSG, MERCURY in vaccines and fillings...there you go. Who's going to save us from us?

Posted by GreenFertility at 4:51 PM

There was research in the 70's connecting low zinc with 'juvenile delinquency.' Low zinc is usually related to a diet with processed foods and excess sugar. Could this relate to the lead issue?

That was Alexander Schauss, PhD.

I would add that our diets are also lacking omega-3s, which protect the brain, etc. Denatured food is goigon to slowly kill people...that's why people like you are so important!