More Research on Coffee and Pregnancy

From the New York Times:

Reducing caffeine consumption during pregnancy from three cups of coffee a day to one has no effect on the baby’s birth weight, Danish researchers report.

Some studies have suggested that cutting caffeine consumption could raise average birth weight, but this randomized placebo-controlled analysis of more than 1,200 healthy women showed no effect on either birth weight or length of pregnancy. The study was published online in The British Medical Journal on Jan. 26. 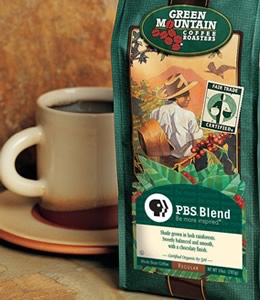 I have seen studies from about 1980 where when rats were fed tons of coffee/caffeine, they tended to produce damaged offspring; however, they were fed the equivalent of 50-70 cups.

It's a personal choice, and one that I don't think is entirely clearcut, like, say, smoking. Coffee has antioxidants in it, and if it's organic (and fair trade, of course) like this delightful "PBS" Mexican coffee from Green Mountain (the label calls it "sweetly balanced and smooth," and indeed it's a great, complicated brew for people who enjoy medium roasts--although I'm more of a dark roast girl). This is one consumer tie-in I can support.

For a previous post on coffee and fertility, check it out here.
Posted by GreenFertility at 5:42 PM