Aspartame may cause cancer 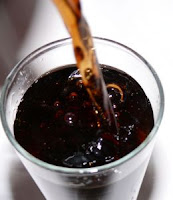 I already don't trust aspartame (found in EQUAL, yogurts, a bunch of "no-sugar" stuff, and in soft drinks) because Donald Rumsfeld used to be the CEO of Searle, the company that makes it. In fact, an article in Vanity Fair by Rich Cohen, which appears in the December 2005 Vanity Fair, Rumsfeld appears to have been the driving force behind FDA approval of aspartame. The FDA was reluctant to approve aspartame--because it seemed to be causing seizures in rats and people--but when Rumsfeld started working for the Reagan Administration, everything fell into place for the sugar substitute:

For two decades, aspartame had failed to win approval. Then Ronald Reagan was elected president, and Donald Rumsfeld, while keeping his position at Searle, worked on the president-elect's interim foreign-policy team. Soon after Reagan was inaugurated, Searle re-applied for approval of aspartame. Within a few months, Reagan had named a new head of the FDA and the chemical got the green light. Rumsfeld had correctly recognized that Searle's problem was not scientific; it was political.

If that ain't enough to get you to drop your Diet Coke, check this out from NewsTarget:

A new study on aspartame conducted by the Ramazzini Foundation reveals that aspartame causes a dose-dependent increase in cancers (lymphomas, leukemias and breast cancers) when consumed at levels approaching those consumed by humans in diet soft drinks. Specifically, the study shows (reprinted from the abstract):

The study, entitled "Lifespan Exposure to Low Doses of Aspartame Beginning During Prenatal Life Increases Cancer Effects in Rats" has been accepted for publication in the peer-reviewed journal Environmental Health Perspectives (EHP), the most widely-read environmental science journal in the world.

If you're looking for weight loss (and there's no studies showing diet drinks do this) there's a better solution than cancer and/or imperiling the next generation (p.s. why doesn't the Pro-life movement jump on this?). Try some fresh water and lemon!

read more here.
Posted by GreenFertility at 10:44 AM


You may also find it useful to visit my website: http://www.healthopts.com

Thanks for sharing this useful piece of information.
Even with the results from researches regarding aspartame, I still doubt it because a lot of people are drinking soft drinks almost everyday and no reports regarding problems were reported.

Pat, plenty of people are reporting it. The media, however, does not. Plus our laws are designed so that it is nearly impossible to prove "beyond a reasonable doubt" that one product was the culprit for an illness. This is why it is so hard to sue companies for toxic pollution, for example. Just google aspartame + illness and you will have plenty of reading to do.

My daughter broke out into an instant case of hives all over her face and throat after just a few sips of diet lemonade at a Ruby Tuesdays. (She had never had anything "diet" before, but it was the only lemondade they carried so we made an exception.) We switched her drink to chocolate milk and it was gone within 20 minutes, but that was enough to convince us that we would never give artificial sweeteners to our children again!

I understand that aspartame has a high level of complaints at the CDC. I talked to a woman who was treated for epilepsy, in a wheelchair, finally found to be reacting to aspartame. She recovered completely.
Check mercola.com for the use of aspartame (ta da!) as an ant killer. I believe that Splenda is taking over for NutraSweet commercially -- and that's another can of worms!

Thanks for the info. Double yikes on the politics of this...

I agree with radical mama. Companies may be responsible for the results and effects of their products, but they can't risk their business' success. Some are even ready for desperate measures.

recent research and news re aspartame and stevia: Murray 2007.07.24
http://groups.yahoo.com/group/aspartameNM/message/1454

"Of course, everyone chooses, as a natural priority,
to actively find, quickly share, and positively act
upon the facts about healthy and safe food, drink,
and environment."

http://groups.yahoo.com/group/aspartameNMmessage/1451
Artificial sweeteners (aspartame, sucralose) and coloring
agents will be banned from use in newly-born and baby foods,
the European Parliament decided: Latvia ban in schools 2006:
Murray 2007.07.12

http://groups.yahoo.com/group/aspartameNM/message/1438
Coca-Cola and Cargill Inc., after years of development,
with 24 patents, will soon sell rebiana (stevia)
in drinks and foods: Murray 2007.05.31

http://groups.yahoo.com/group/aspartameNM/message/1417
formaldehyde as a potent unexamined cofactor in cancer research --
sources include methanol, dark wines and liquors,
aspartame, wood and tobacco smoke: IARC Monographs on the Evaluation
of Carcinogenic Risks to Humans implicate formaldehyde
in #88 and alcohol drinks in #96: some related abstracts:
Murray 2007.05.15

http://groups.yahoo.com/group/aspartameNM/message/1414
effect of aspartame on oncogene and suppressor gene
expressions in mice, Katalin Gambos, Istvan Ember, et al,
University of Pecs, Hungary, In Vivo 2007 Jan;
scores of their relevant past studies since 1977: Murray 2007.04.14

Within hours, methanol is inevitably largely turned into formaldehyde,
and thence largely into formic acid -- the major causes
of the dreaded symptoms of "next morning" hangover.

Hello from Detroit Lakes from another Bob Dylan fan. I have his YouTube video of 'Hurricane' posted on my website as well as my blog. The finest performance of his life I believe, even though the guy was probably guilty. The 'from the heart' attempt to help the man and thinking he was not quilty and the 'masterpiece' of work and performance entice me! An unbelievable performance. Captured and put for the world to see. The 'magic' of the computer personified. Best to you, Tom(an X marijuana smoker) (it destroyed Bob along with inappropiate sex and speed)

I am grateful for the broad Hawaiian support thus far for the bill to ban
aspartame, the neurotoxic artificial sweetener, from human consumption or
sale, which I hope will be heard soon and strongly support in the Senate
Health Committee and in the House Health, and Consumer Protection and
Commerce Committees. I was the main force behind this massive effort in the
NM legislature in 2006 and 2007, and I can share with readers a few insights
on the pitfalls and stumbling blocks that will be thrown at this legislation
by corporate lobbyists representing some very evil doing corporations in the
USA and in Japan which manufacture and use this poison to save a few bucks
on adding real sugar as a sweetener.

I have been discussing this at length with Dr. Adrian Chang of Honolulu, the
nuclear engineer and force behind the very brilliant and ultimately
successful effort to stop fluoride being added to municipal water supplies,
thanks to the Oahu County government's decision to not add fluoride.

I am sure that these Hawaii bills to ban Aspartame can be passed, despite
blatantly corporate-serving and corporate-lobbyist-advanced theories that
all of these concerns are entirely pre-empted by the federal authorities, or
that Hawaii state government would automatically be sued by manufacturers.
About the worst to legislators in Hawaii that could happen if one of these
bills passes and is signed by Gov. Lingle is that the FDA Commissioner, Dr.
Von Eschenbach, would be forced to revoke the approval for aspartame, which
should rightly have been done long ago.

This legislative passage could occur with the right help from the Medical
community in Hawaii, particularly the experts in toxicology, internal
medicine, pediatrics, oncology and biochemistry at the University of Hawaii
School of Medicine. I encourage Hawaiians to contact whomever you consider
as both ally and as impeccable and unimpeachable sources of testimony at the
Medical school and in the Medical community, who can come and testify and/or
write a strong letter to the Committee members.

We will generate strong letters of support from the three top mainland
physicians in this regard, who are really the top leaders in the world on
aspartame's proven medical and neurodegenerative harm, and all readers of
this would do well to easily google and read their articles:

HJ Roberts,Internist; Russell Blaylock, Neurosurgeon; and Ralph Walton,
Psychiatry. All wrote great letters to the entire New Mexico Legislature
members, and readers should take the time to google and read their articles.

The New Mexico bills were overwhelmed and eviscerated by the most vicious
corporate lobbyists I have ever encountered, representing Ajinomoto of
Japan, the world's largest manufacturer of both aspartame and MSG, as well
as their duped American corporate henchmen/partners-in-poisoning who use
massive amounts of Aspartame, like Coca Cola, Pepsi, Altria/Kraft Corporate
Services, and others. The same corporations and even more will show up in
Honolulu, make no mistake, probably to include Wrigley's Gum, all of whose
products contain aspartame, which is metabolized as methanol and
formaldehyde, and even more dangerous since gum releases poisons absorbed
under the tongue, which go directly to the brain.

In Santa Fe in 2006 and 2007, there was a regrettable and probably
avoidable strong partisan context (which we hope will prove irrelevant in
Hawaii) since so much criticism was leveled at Donald Rumsfeld, aspartame
progenitor when he was CEO of G.D. Searle, the patent holder, back in 1981
in one of the darkest and dirtiest chapters of the checkered history of
failures at the FDA, when Rummy as part of the Reagan Transition Team,
forced the appointment of a crony, Dr. Arthur Hull Hayes, as FDA
Commissioner, in exchange for agreeing to approve aspartame, despite 16
years of the FDA saying no, based on the obvious and rudimentary toxic
biochemistry of its metabolized components.

The first salvos against ignorance and for true consumer protection in
Hawaii have very recently been fired in the news report on KHON-2, a rather
conservative station and Fox Affiliate in which the predicatble professor
from the Medical school basically said "a little bit doesn't or won't hurt
you." Of course, this is absurd: a whole lot of little bits of poison are
cumulative and end up killing you, whether through cancer, heart disease,
Multiple Sclerosis, etc.

We hope to see a Hawaii Capitol Press conference with the bills' sponsors
(Kalani English, Suzanne Chun Oakland, Mele Carroll, and Calvin Say) to
illuminate the press about the medical harm done by aspartame!

I have communicated a basic letter to the editor to all of the press and all
of the radio stations in Hawaii, but few have responded thus far. Nothing
will really take shape, I fear, without massive press coverage, and we were
able to achieve that in New Mexico, which included all of the main
television stations in New Mexico.

Readers should watch the online posting of the brilliant documentary, SWEET
MISERY, the DVD by a recovered victim of aspartame poisoning in Tucson, Cori
Brackett, the most convincing possible communique on this subject, according
to the New Mexico Senate sponsor, Jerry Ortiz y Pino.

Please let me hear from you if you have questions or want to contact your
friends, family, or colleagues in Hawaii to get this done....

Thank you, and Mahalo,