Get Nonstick out of your Life 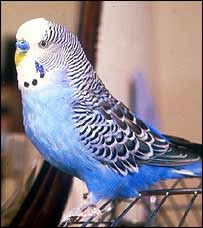 Do you want to kill this bird?

Do you need any more encouragement to throw out our teflon stuff? Don't let these birds' deaths be in vain. From the BBC:

Fumes given off by cancer-causing chemicals used to make non-stick frying pans are killing hundreds of pet birds every year, environmentalists say.

The Worldwide Fund for Nature says it is hearing reports that many US caged birds are being killed by the fumes.

It says the chemicals, perfluorinated compounds, are also contaminating both people and wildlife with grave effects.

The chemicals industry says it doubts that birds exposed to ordinary levels of the compounds could die from them.

In a report, Causes For Concern: Chemicals and Wildlife, WWF says the compounds, also used in some textiles and food packaging.

Learn about Le Creuset here. It almost cooks like nonstick.

Posted by GreenFertility at 11:02 AM