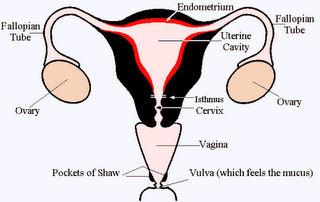 Part of this campaign is to bring talking about menses out of the closet, which I thoroughly encourage and applaud.

But I'm not thrilled about tampons being seen as the normal way to control "Aunt Flo." When I first discovered tampons, Hello, Judy Blume? I thought they were a clever solution to a rather unspeakable "problem," just like contact lenses were a clever answer to my unspeakably thick-lensed glasses.

But the more I'm learning about the way menstruation works, the more I am to concur with the natural medicines types (I also remembered my mother being so horrified when being introduced to American tampons and their function) who believe the flow should not be obstructed. Menstruation is a kind of cleansing period for the body, so let's not keep it in a moment longer. Just as the fetus, unfortunately, becomes uber-magnet for toxins (e.g., lead released from mother's bones, mercury from that tunafish sandwich or flu shot), so too the endometrium bears the junk that doesn't belong in the body. I used think I was doing okay and being green by using to use sea sponges but even that's too obstructive for me. Back to pads, or, more accurately, being on the rag. 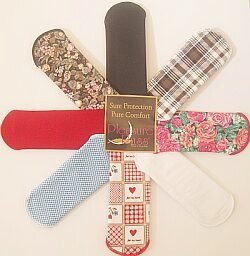 I bought some cool homemade organic fabric pads off Ebay, but when I travel for short distances, these Pleasure Puss patterned pads (but not organic), are pleasant because the patterns on the pads make the you-know-what less noticeable, and they come with their own bag that you can stash them in until you get home. The owner of the site, Nadia, is also knowledgeable and nice.

Lastly but not leastly, the National Women’s Health Network estimates that in the United States alone, more than 12 billion pads and 7 million tampons are used once and disposed of every year. They take a very long time to break down and release toxic chemicals into the earth.

So if you must disposable tampon or pad yourself, at least try for the organic/ non-chlorine bleach whitened ones. I definitely wouldn't advise sticking some chloriney dioxiny polyestery plug in there.

The first myth pertaining to this disease is that it only affects women.

Second myth that is associated with this disease is that if one has found a lump during an examination, it is cancer.

Third is that it is solely hereditary

Conversely, some individuals foolishly believe that breast size determines whether or not one gets cancer.

Finally, another myth that is associated with this disease is that it only affects older people. This is not so. Although the chance of getting breast cancer increases with age, women as young as 18 have been diagnosed with the disease.

You can find a number of helpful informative articles on Breast Cancer facts at breast-cancer1.com