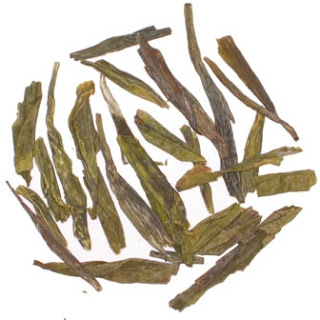 People with OSA have been reported to have increased markers of oxidative stress and exhibit architectural changes in their brain tissue in areas involved in learning and memory. Chronic IH in rats produce similar neurological deficit patterns.

“OSA has been increasingly recognized as a serious and frequent health condition with potential long-term morbidities that include learning and psychological disabilities […],” wrote David Gozal, M.D., professor and director of Kosair Children’s Hospital Research Institute at the University of Louisville, lead author of the article. “A growing body of evidence suggests that the adverse neurobehavioral consequences imposed by IH stem, at least in part, from oxidative stress and inflammatory signaling cascades.”

GTPs are known to possess anti-oxidant properties, acting as a free radical scavengers, and research has shown that the compounds may reduce the risk of a variety of different diseases.

“Recent studies have demonstrated the neuroprotective activity of GTP in animal models of neurodegenerative conditions such as Parkinson’s and Alzheimer’s disease,” wrote Dr. Gozal.

In this study, the researchers divided 106 male rats into two groups that underwent intermittent oxygen depletion during the 12-hour “night” cycle for 14 days. One group received drinking water treated with GTP; the other received plain drinking water.

They were then tested for markers of inflammation and oxidative stress, as well as for performance in spatial learning and memory tasks—namely a water “maze” in which the rat had to memorize the location of a hidden platform.

Green tea seems to have an effect of improving circulation as well as being a top-notch antioxidant, which is why it's often added (as an extract) to "fertility improving formulas". Rather than an extract, why not drink the real thing and get all the benefits of the mysterious botanical polyphenols and things and enjoy a relaxing cuppa?

Check out Tea Guys. Worried about caffeine? They also have a few varieties that are naturally low in caffeine. Try this Dragon Well (pictured above)--you can also infuse it 2-3 times, which makes it an economical organic choice.

Posted by GreenFertility at 4:43 AM

Is there anything green tea can't do? The more I read about it, the more it seems to benefit the human body. Another blog mentioned green tea helps alleviate allergies.

It's also delicious, so why not?

It's also very delicious.I don't know green tea but i like tea.

Nice post, thanks for sharing this wonderful and useful information with us.