A Rational Look at the Swine Flu

This is from a homeopath I work with, who always has such simple wisdom.

In light of the recent news regarding a possible outbreak of swine flu, we thought it might be valuable to repeat an previous analysis we did when this issue arose more than a year ago. While the current situation involves a swine flu variation, rather than the previous concern over avian flu, all flu viruses derive from one source or the other, either birds or pigs. The attached document provides historical facts about flu break-outs in the past, in particular that of the oft-quoted 1918 flu pandemic.

It is important to realize that the critical factors in any disease epidemic are the following:

1. The number of people who are infected in any flu outbreak is still quite low, with a maximum usually of 5-10%.
2. Those infected are those who are generally weak and with a poor nutritional lifestyle.
3. Those who have a good nutritional background, and who take simple precautions, such as extra whole food supplements, Vitamin C and Vitamin D (or good exposure to sunshine) are generally not susceptible.
4. Energetic (homeopathic) medicine can provide an effective immunisation against the flu. It can also provide highly effective treatment if someone is infected. Only homeopathic treatment was effective in the 1918 flu pandemic!

If you are concerned about the current situation, please read the attached document carefully and also contact you practitioner for more detailed advice. If the situation warrants, we will consider doing a teleconference on the matter.

Rudi and Patty
Posted by GreenFertility at 7:43 AM 8 comments:

Valproate (Depakote) Should be Avoided in Pregnancy

The guidelines recommend women with epilepsy avoid taking the drug valproate during pregnancy.

“Good evidence shows that valproate is linked to an increased risk for fetal malformations and decreased thinking skills in children, whether used by itself or with other medications,” said lead guideline author Cynthia Harden, MD, Director of the Epilepsy Division at the University of Miami’s Miller School of Medicine and member of the American Academy of Neurology.

The guidelines also suggest, if possible, women with epilepsy should not take more than one epilepsy drug at a time during pregnancy since taking more than one seizure drug has also been found to increase the risk of birth defects compared to taking only one medication.

“Overall, what we found should be very reassuring to every woman with epilepsy planning to become pregnant,” said Harden. “These guidelines show that women with epilepsy are not at a substantially increased risk of having a Cesarean section, late pregnancy bleeding, or premature contractions or premature labor and delivery. Also, if a woman is seizure free nine months before she becomes pregnant, it’s likely that she will not have any seizures during the pregnancy.”

Posted by GreenFertility at 6:48 AM 6 comments:

Ugh, I do know doctors who jokingly say they watch ER to pick up tips. Now I wonder about the jokingly part:

(NaturalNews) A study conducted by 2 doctors in the University of Alberta Hospital suggests that real doctors are influenced by medical techniques they've seen performed by TV doctors. Drs. Peter Bindley and Craig Needham performed the study to find out why so many medical students were using a faulty technique to insert breathing tubes in patients.

Some of the doctors that were questioned for the study said that they learned through "trial and error," but a large number confessed that they acquired certain techniques from medical staff on popular TV shows. The study was initiated while the doctors were looking for better methods to teach resuscitation methods in the school.

"We asked medical students 'Where did you get some of your ideas before you even came into the medical profession?' And interestingly enough, ER came up as the number one influence," Dr. Brindley reported in an interview with Canada AM.

Brindley, who is a critical-care specialist at the University's hospital, and his colleague Dr. Needham, also took the time to analyze 2 full seasons of "ER" and discovered that, of the 22 fully-visible intubations depicted on the show, each erred in some manner with respects to the head positioning of the patient. "Not once was the resuscitation done properly," Brindley said. "And that's despite having numerous medical experts advising the show."

The study, published in the journal Resuscitation, was not the first to examine the influence of Hollywood doctor's on real-life. In 1996, the New England Journal of Medicine published a report analyzing cardiac arrests on three shows - "ER", "Chicago Hope", and "Rescue 911". 75 percent of the patients depicted that went into cardiac arrest were revived.

Posted by GreenFertility at 6:12 AM 4 comments:

U.S. manufacturers, including major drugmakers, have legally released at least 271 million pounds of pharmaceuticals into waterways that often provide drinking water — contamination the federal government has consistently overlooked, according to an Associated Press investigation.

Hundreds of active pharmaceutical ingredients are used in a variety of manufacturing, including drugmaking: For example, lithium is used to make ceramics and treat bipolar disorder; nitroglycerin is a heart drug and also used in explosives; copper shows up in everything from pipes to contraceptives.

Federal and industry officials say they don't know the extent to which pharmaceuticals are released by U.S. manufacturers because no one tracks them — as drugs. But a close analysis of 20 years of federal records found that, in fact, the government unintentionally keeps data on a few, allowing a glimpse of the pharmaceuticals coming from factories.

Even Low Levels of Lead Dangerous for Children

Newswise — Even low levels of lead found in the blood during early childhood can adversely affect how the child’s cardiovascular system responds to stress and could possibly lead to hypertension later in life, according to a study from the State University of New York (SUNY) at Oswego.

The study also found that lead exposure was associated with a decrease in circulating aldosterone levels. Aldosterone is a hormone that helps regulate blood pressure.

The study, Lead exposure and cardiovascular dysregulation in children, was conducted by James A. MacKenzie, Brooks B. Gump, Kristen Roosa, Kestas Bendinskas and Amy Dumas of the State University of New York, Oswego; Robert Morgan of Oswego Family Physicians; and Patrick Parsons of the New York State Department of Health. The researchers will present their findings during the 122nd annual meeting of The American Physiological Society (www.the-aps.org/press). The meeting is part of the Experimental Biology 2009 conference, to take place April 18-22 in New Orleans.

You may have already figured that GreenFertility does not like or espouse weird BLUE mouthwashes. Use your baking soda, keep your body in good balance, and you won't need to worry about halitosis, yo:

(NaturalNews) The use of mouthwashes that contain alcohol as an ingredient can drastically increase a person's risk of cancers of the mouth, head and neck, according to a study conducted by researchers from the Australia's University of Melbourne and University of Queensland School of Dentistry.

read more here.
Posted by GreenFertility at 3:02 AM 1 comment:

CDC covers up evidence of lead problem in children 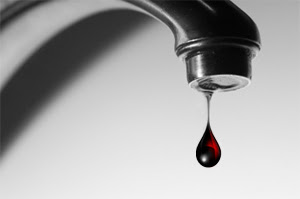 Sometimes I wonder if these Federal agencies do anything more than cover up and obfuscate. Especially the CDC. Like with the New York Times columnist Jane Brody's columns, I pretty much take whatever they do and do the opposite, for my health!

April 10, 2009 | From 2001 to 2004, Washington, D.C., experienced what may have been the worst lead contamination of city water on record. Tens of thousands of homes had sky-high levels of lead at the tap, and in the worst cases, tap water contained enough lead to be classified as hazardous waste. Not that the Centers for Disease Control and Prevention, the government oversight agency for public health, was worried.

A 2004 CDC report found that water contamination "might have contributed a small increase in blood lead levels." The study has been influential. School officials in New York and Seattle have used the CDC report as justification for not aggressively responding to high levels of lead in their water, and other cities have cited the report to dispel concerns about lead in tap water.

But the results of thousands of blood tests that measured lead contamination in children were missing from the report, potentially skewing the findings and undermining public health. Further, the CDC discovered in 2007 that many young children living in D.C. homes with lead pipes were poisoned by drinking water and suffered ill effects. Parents wondered whether the water could have caused speech and balance problems, difficulty with learning, and hyperactivity. Yet the health agency did not publicize the new findings or alert public health authorities in D.C. or other federal agencies that regulate lead, such as the U.S. Environmental Protection Agency or Housing and Urban Development.

A Spray for Premature ejaculation 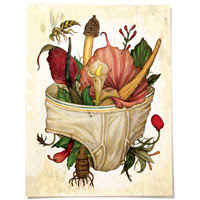 A spray can help men with premature ejaculation problems prolong the length of time they have sex by six times.

Men who used the treatment five minutes before having intercourse extended their love-making from half a minute to almost four minutes, trials showed.

This spray is called PSD502 and they are not elaborating what's in it. I wonder what's in it...It's always fun to prescribe drugs/chemicals for even small benefits, right?

Posted by GreenFertility at 1:29 PM 13 comments: