This is important news.  I remember friends getting more and more IVFs, no one telling them that it was unlikely it would work (age, health issues).  Now scientists have discovered a test that gave fairly accurately give you and idea:

From the San Francisco Chronicle:

Stanford University researchers have developed a test to determine whether a patient is likely to conceive a child through in vitro fertilization - a breakthrough that could save women tens of thousands of dollars in fruitless procedures, as well as the heartbreak of failed treatment.

I became interested in the Blood Type Diet when I read (and saw, experimentally with my friends) that most autistic/vaccine damaged kids are Type A, which is also prone to inflammatory autoimmune diseases, of which I, as a TypeA-er, have.  In addition the broad outlines: eat less meat, more vegetarian; avoid scary/violent movies and crowds; don't sunbathe...plus a bunch of other things were already things I didn't like to do (e.g., have been a vegetarian for a long time, never been crazy about meat, HATE and cannot watch violent movies), so I'm trying this diet that suggests foods that are good and bad for you.

For instance, since type As don't produce enough HCL in the stomach, digestion-friendly foods like a glass of red wine and a cup of coffee actually can be beneficial.  Whoopee!  My chiro's office even had a good on Blood Type Diet and FERTILITY.  Will check that out, and check back for updates.
Posted by GreenFertility at 5:27 AM No comments:

Petroleum products are here, there, everywhere, even if you don't live in the Gulf.  The Washington Post reports via Planet green:

Federal regulators, who are charged with ensuring the safety of food and consumer products, are in the dark about the suspected chemical, 2-methylnaphthalene. The Food and Drug Administration has no scientific data on its impact on human health. The Environmental Protection Agency also lacks basic health and safety data for 2-methylnaphthalene -- even though the EPA has been seeking that information from the chemical industry for 16 years.

How to avoid these awful contaminants?  Buy real food from people you know, make what you need.  I have a chicken stock bubbling on the stove right now from a chicken I helped to gut and clean, veggies from the same organic farm--and it's all the parts of the veggies we could have discarded.  And it smells heavenly!
Posted by GreenFertility at 6:50 AM No comments:

Horrible story in the New York Times today about how Eli Lilly's new alzheimer's drug made people have MORE cognitive decline than the placebo--oops!

But there is something simple to improve your brain  health AND your fertility.  B vitamins!  Folate, for instance, can help with depression in women as well as prevent neural tube defects in babies.  Check out this article from Newswise:

Newswise — B vitamins–B-6, B-12 and folate–all nourish the brain. But much remains to be discovered about the relation between these essential nutrients and our brainpower.

U.S. Department of Agriculture (USDA) nutritionist Lindsay H. Allen has collaborated in ongoing research that has taken a closer look at the role these nutrients may play in preventing decline in brain function. The investigations, led by Mary N. Haan of the University of California-San Francisco, are part of the multiyear Sacramento (Calif.) Area Latino Study on Aging, or “SALSA.” Begun in 1996, the study attracted nearly 1,800 Hispanic seniors, ages 60 to 101, as volunteers...

An analysis of volunteers’ blood samples showed that lower levels of one B vitamin, folate, were associated with symptoms of dementia and poor brain function, also called “cognitive decline," as determined by standard tests of memory and other factors. The impairments were detectable even though less than 1 percent of the volunteers were actually deficient in folate....

In women, but not men, low levels of folate were associated with symptoms of depression. In fact, female volunteers whose plasma folate levels were in the lowest third were more than twice as likely to have symptoms of depression as volunteers in the highest third. That finding provided new evidence of an association between lower blood folate and depression. Depression is already known to affect brain function.

In research with vitamin B-12, the SALSA team determined that a protein known as holoTC, short for holotranscobalamin, might be key to a new approach for detecting cognitive decline earlier and more accurately.
The researchers have published these and other findings, beginning in 2003 and continuing through

My friend asked me to submit a "3 Things Thursday" for her blog (which is being turned into a book!) on farming and healthy eating.  These three surprising things should help your health and fertility.  Got a lot of feedback from my healthy (and fertile!) Korean American friends, who totally agree.

3 chemicals in your environment that can affect your baby's thyroid 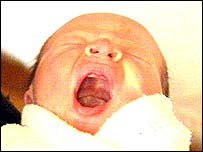 Another great article from Thyroid-About.com-guru Mary Shomon (I *highly* advise you to subscribe to her newsletter if you are ttc, have thyroid disease or are a woman--I'm not kidding!)
------------------

New research reported on in the journal Environmental Health Perspectives has found that three common contaminants can affect thyroid hormone levels in infants.

The three contaminants -- perchlorate, nitrate and thiocyanate - are found in water, food and tobacco smoke. The research found that exposure to these pollutants blocks iodine uptake, and results in elevated levels of thyroid stimulating hormone (TSH), which can be a sign of hypothyroidism -- an underactive/slowed thyroid function.

read more here.
Posted by GreenFertility at 11:32 AM No comments:

This is SO interesting, Check it out and MAKE sure you optimize every cycle of whatever you're doing: make sure you have been following good nutrition practices (e.g., getting a prenatal vitamin with plenty of folic acid), consider using acupuncture before AND after your treatment, get enough sleep, detox, etc. Instead of rushing to do it sooner, it may pay to try to wait until you're ready and in optimal health.

The probability that a woman will become pregnant decreases after two or three failed attempts using the same fertility treatment, according to a new study in Fertility and Sterility that offers insight into how many treatment cycles doctors should offer before trying another tactic, Reuters reports.

For the study -- which involved 408 couples at eight infertility centers -- researchers at the University of California-San Francisco analyzed the success rates of three infertility treatments: fertility drugs, intrauterine insemination and in-vitro fertilization. Of the participating couples, 21% did not undergo any of the three treatments. The total pregnancy rate across the group was 28% over 18 months.

Couples who underwent one to two cycles of fertility-drug treatment had a pregnancy rate of 85%, while IUI couples and IVF couples had success rates of 71% and 59%, respectively, after one attempt. However, according to Reuters, "the advantage of each of the three treatments declined after a certain number of attempts." For example, six couples who received three or more rounds of fertility drugs had a pregnancy rate of 29%, while 35% of the 52 couples who attempted IVF three or more times achieved pregnancy.

The findings show that individual fertility treatments have "diminishing success" over time, according to lead author James Smith, an assistant professor of urology at UCSF. Smith suggested that "[i]f couples are not getting pregnant after several cycles of each, a change to a different strategy is probably warranted" (Norton, Reuters, 8/4).

© 2010 National Partnership for Women & Families. All rights reserved.
Posted by GreenFertility at 7:24 AM 1 comment:

I received an interesting call (which I have to admit, subsequent ones I ducked the first couple of times after I heard the message) that I am a bone marrow match for a 24-year-old man with active lymphoblastic leukemia.

I registered as a donor ALMOST 20 YEARS ago with the Cammy Lee Foundation, a foundation set up to find more Asian American donors (AAs sadly have a low registration rate) and of course in the back of my mind I thought I'd NEVER get called.

Now I'm married and have a special needs child, as most of you know, and the stakes are somewhat different, and some relatives are worried. But after having the initial intake interview and being made aware of the risks and possible side effects as well as being laid up (they take the marrow out of your pelvis) for a few days, I have given my consent, and my husband is being super supportive.

Of course, I am also interested in WHY SO MANY YOUNG PEOPLE ARE GETTING CANCER. I think we know the answer to this, at least in part: chemicals.

But in the meantime, time to concentrate on one person. And by the way, Cammy Lee, the pediatric leukemia patient DID find a match through her foundation!

If you want to register (they no longer need to take your blood, it's just a cheek swab!):

National Bone Marrow registry
Posted by GreenFertility at 5:41 AM 2 comments: