Carcinogens in your Trader Joe's shampoo:

Yesterday's post was about using soap nuts do to you laundry AND use the last bits for a healthy shampoo. Maybe after you read this, you'll see it makes loads of sense; I didn't know cocamide DEA was so horrible, I remember seeing it in almost all my shampoos. It causes CANCER:


If the claims are true, the companies may be in violation of California law, as the state identified the chemical as cancer-causing in June 2012. Under Proposition 65, businesses must notify Californians of "significant" amounts of chemicals in products for purchase. Cocamide DEA, a chemically modified form of coconut oil, is used in shampoos and other personal care products as a thickener or foaming agent. Companies were given until June 2013 to comply and properly label the products.
These companies are only the first four of more than 100 against which the CEH has vowed to pursue legal action; others include Trader Joe's, Walmart, Kohl's and Sephora, Margulis told HuffPost. According to a study commissioned by the CEH (which is not yet available online), the chemical was found in 98 products, including some manufactured by Paul Mitchell, Colgate Palmolive and Colomer. Other products marked as organic or marketed for children were also found to contain the carcinogen.

read more http://www.huffingtonpost.com/2013/08/30/shampoos-carcinogens-center-for-environmental-health_n_3831982.html?utm_hp_ref=women&ir=Women:
Posted by GreenFertility at 6:01 AM No comments: 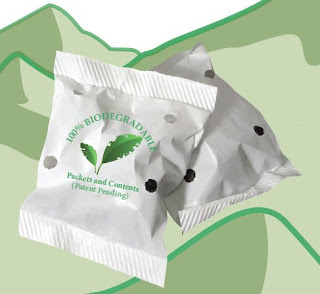 I was recently doing a residency where they provide (wonderful!) food, the artists do the cleanup. They had those brightly colored soap pod things, very convenient, someone laughed as I carefully used two spoons to pick it up. When asked why, I said it's that they FELT very toxic. They now have these pods for laundry detergent, too.

Sadly, I was right, I read a story about how a toddler DIED after he ate one of those detergent pods: http://www.huffingtonpost.com/2013/08/15/child-eats-laundry-detergent-pod_n_3764770.html

Anyway, if you really like the convenience of packets, there's nothing easier than these Karma Clean soap nuts packets. You toss 'em in the wash--up to 5 washes--then toss 'em into the compost OR you can even soak them in hot water and use as shampoo. I use a product from India called Aritha, that is also made of soap nuts. Soap nuts are basically just the nuts of a kind of tree and they lather and clean GREAT, I think better than chemical soap. We've been using these for years, plus, our appliance guy said they seem to be very gentle on the washer.

Check out Karma Clean, which is a genuine small business owned by a real person--and maybe bug your local health food store to carry these: http://karmaclean.info/
Posted by GreenFertility at 8:03 AM No comments:

One thing that really bugs me lately is when people make fun of people who are going gluten-free because it's a "fad." I have a medical condition for which I need to go gluten-free, but guess what, I feel much better and also maintain a good weight. Friends I've suggested go gluten-free have all lost weight when needed.

Anyway, maybe this is not to far-fetched. Apparently the wheat we eat today is not as "normal" as what we used to eat. Indeed, the doctor talks about "gliadin" in the new wheat, and that's exactly the protein that makes autistic kids more autistic.


Modern wheat is a "perfect, chronic poison," according to Dr. William Davis, a cardiologist who has published a book all about the world's most popular grain.
Davis said that the wheat we eat these days isn't the wheat your grandma had: "It's an 18-inch tall plant created by genetic research in the '60s and '70s," he said on "CBS This Morning." "This thing has many new features nobody told you about, such as there's a new protein in this thing called gliadin. It's not gluten. I'm not addressing people with gluten sensitivities and celiac disease. I'm talking about everybody else because everybody else is susceptible to the gliadin protein that is an opiate. This thing binds into the opiate receptors in your brain and in most people stimulates appetite, such that we consume 440 more calories per day, 365 days per year."
Asked if the farming industry could change back to the grain it formerly produced, Davis said it could, but it would not be economically feasible because it yields less per acre. However, Davis said a movement has begun with people turning away from wheat - and dropping substantial weight.
"If three people lost eight pounds, big deal," he said. "But we're seeing hundreds of thousands of people losing 30, 80, 150 pounds. Diabetics become no longer diabetic; people with arthritis having dramatic relief. People losing leg swelling, acid reflux, irritable bowel syndrome, depression, and on and on every day."
To avoid these wheat-oriented products, Davis suggests eating "real food," such as avocados, olives, olive oil, meats, and vegetables. "(It's) the stuff that is least likely to have been changed by agribusiness," he said. "Certainly not grains. When I say grains, of course, over 90 percent of all grains we eat will be wheat, it's not barley... or flax. It's going to be wheat.
"It's really a wheat issue."

Read more here:
Posted by GreenFertility at 2:55 PM No comments:

Where do miscarriages go?

I have had a number of miscarriages, but most of them were really early. One was at 12 weeks, so I sent it in to the pathologist, but only heard back that it was "normal" (for a miscarriage). I had no idea this is where it might have gone.

This is a beautiful meditation on being pregnant, at that stage where everything is potential, and not:


One moment a young mom-to-be is decorating the baby’s room, preparing to welcome a new son or daughter. The next moment, she is giving birth to death.
For some women every period is a failure. The disappointment, the longing, the despair is overwhelming. One woman describes “years and years of monthly miscarriages—a constant cycle of anticipation, devastation, acceptance, and surrender.”
How much is a human life worth? Women spend tens of thousands of dollars on fertility treatments that may still end in miscarriage.
What happens to all these miscarriages?
I asked Mom, a retired psychiatrist. She told me that during her pediatric rotation in medical school, she was called to a premature delivery. When she arrived, the obstetrician had already tossed the miscarriage in the trash. Mom looked down. The tiny body was still moving. Mom tried to save it, but it died.
It seems odd that someone so valuable could be flushed down the toilet or thrown in the trash. But not all miscarriages are discarded. Some are sent to my father. 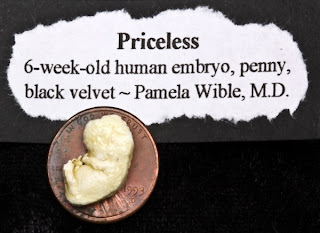 Posted by GreenFertility at 4:40 AM No comments:

Some foods you may be surprised are NOT gluten free 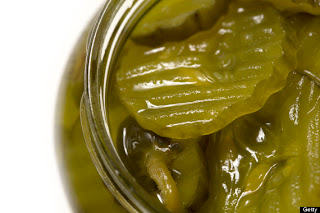 Yes, if you want to stay gluten-free OR begin a gluten-free diet, you should know that it takes UP TO 6 MONTHS for gluten to fully leave your body, so give it some time before you assess how you're doing.

AND ALSO, you have to be very strict with the diet. For son with autism, we just threw everything out  (i.e, gave it away) that had ever come into contact with gluten including the toaster. Because our whole house was gluten free, that helped me diagnose my own problems with gluten.

You may also not know that certain foods that don't look gluten contain gluten, like TABLE SALT (if it's cut with dextrose made from wheat). So do your best to keep up - the gluten-free community is getting better about figuring out hidden sources of gluten such as:

If you have celiac disease -- or another condition that requires avoiding gluten -- you probably got the basics down pretty quickly. It's a no-brainer that things like breads, cakes and beer need to be gluten-free to be on your menu.


But gluten can be found in a number of less obvious foods -- things like pickles, candy and even meat. What's more, not all of them are food. Certain vitamins, supplements and even medications may contain gluten, so make sure all of your doctors, not just your gastroenterologist, are in the loop.

Read more here.
Posted by GreenFertility at 10:42 AM No comments: 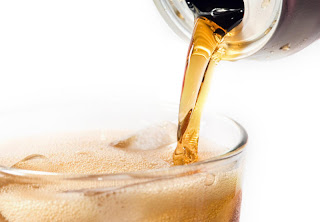 As a society, we worry so much about marijuana while THIS is legal. How many of you have seen a harried young mom giving her child a baby bottle full of Coke? Addiction to a corporate product is not only seen as okay, it's something that's started early to guarantee lifetime profits. Just like blowing marijuana smoke in a little kid's face is child abuse ...what is this?

Aug. 16, 2013 — Americans buy more soft drinks per capita than people in any other country. These drinks are consumed by individuals of all ages, including very young children. Although soft drink consumption is associated with aggression, depression, and suicidal thoughts in adolescents, the relationship had not been evaluated in younger children. A new study scheduled for publication in The Journal of Pediatrics finds that aggression, attention problems, and withdrawal behavior are all associated with soft drink consumption in young children.

read more here.
Posted by GreenFertility at 5:07 AM No comments:

This list will seem pretty incredible--aren't there supposed to be labeling laws protecting us? Apparently not. Anyway, a friend brought us some REAL olive oil from a relative's olive grove in Italy. At first I didn't LIKE the oil, I noted a weird peppery burn. Then I found out that it's from oleic acid, the stuff in OO that makes it to healthy. When I've bought other, real, certified oils I've noticed they all have the burn, and much of the cheaper stuff I'd been getting at the supermarket didn't. Lesson learned.

8. Olive oilResearchers have found that olive oil is the food most vulnerable to food fraud. In most cases consumers are getting a lesser quality than what is labeled – regular olive oil instead of extra virgin, or a cheaper, non-Italian variety being sold as Italian. But olive oil is also frequently diluted with imposter oils such as hazelnut oil, corn oil, sunflower oil, peanut oil, vegetable oil, soybean oil, palm oil and walnut oil. One sample even contained lard.
In rare instances, varieties of non-food-grade oil may be added in. In one notorious case, more than 600 Spaniards died in 1981 after eating a non-food-grade, industrial rapeseed oil that was sold as olive oil.

The lesson: buy from people you know, small producers if possible and as little processed as possible. Your body will thank you and you won't be throwing money away on toxic crap, like honey that actually has high fructose corn syrup in it.

Read about the other 9 food products  here>
Posted by GreenFertility at 12:06 PM No comments: