Mutiny as passengers refuse to fly until Asians are removed

(no, sadly, it's not a Green Fertility joke, it's an actual headline)

Okay, now just having dark hair and dark eyes qualifies you to be under suspicion, as two Korean American friends of mine found out recently while vacationing in Florida and people kept asking them suspiciously, "Are you Muslims?"

The terrorists win when people allow the situation to become a get-out-of-jail-free card for paranoid racists. Check out this story from the Daily Mail in the UK:

British holidaymakers staged an unprecedented mutiny - refusing to allow their flight to take off until two men they feared were terrorists were forcibly removed.

...Initially, six passengers refused to board the flight. On board the aircraft, word reached one family. To the astonishment of cabin crew, they stood up and walked off, followed quickly by others.

Half an hour later, police returned and escorted the two Asian passengers off the jet. 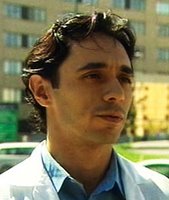 This poor man, a doctor returning from a conference in San Francisco with two colleagues, was kicked off a United Airlines flight because his behavior (saying a prayer) was "suspicious"!

...even officials from the Transportation Security Administration soon realized the flight crew had overreacted, but by the time that conclusion had been reached the trio were forced to stay in Denver for the night and catch a flight the next day — at their own expense.

To his credit, Dr. Farooq is not going away quietly and is demanding an apology from United--but deserves one from all Americans, starting with the White House. Read the story here.

This is becoming a totally hideous situation for people of color where people get to let loose their racism and paranoia while self-righteously feeling patriotic and/or as if they are protecting their children when they are just infecting them with bigotry. Like all those small-town pious churchgoers who used to populate the KKK.

I doubt I'd get too much traction if I made a stink, "I don't wanna get on the plane because this man looks like Timothy McVeigh!!!!" Probably just end up in the clink myself.

And it's also another breach in our global society where the rich and powerful "use" the situation to their benefit (just like the rich people who can always get their abortions feel very moral about vigorously trying to take away that right for the poor). For example, when I was in LA, the oher thing I felt, besides CLASS RAGE, when seeing all the private jets lined up at LAX, was the anger at the ILLOGIC of the thought that just because people are filthy rich enough to afford a private jet, who says they are NOT SECURITY RISKS, hmmmm? Hello, TSA?