Obese Men and Women Have Higher Risk for Subfecundity 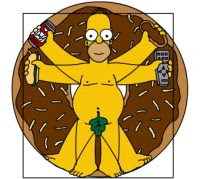 If you're trying to conceive, here's a thought before you consume that second doughnut (men, this includes YOU):

"Both obese men and women have a higher risk for subfecundity, according to the results of a study reported in the March 7 Advance Access issue of Human Reproduction.

"Women's overweight is a risk factor for reduced fecundity, and recently men's obesity has also been linked with subfecundity, as well as reduced semen quality," write C. H. Ramlau, from the University of California Los Angeles School of Public Health, and colleagues. "Since overweight and obesity tend to cluster in couples, it is important to have risk estimates for couples rather than individuals."

The study also states that even for women who have successfully given birth, that if significant amounts of weight are retained from that pregnancy, time to next conception is delayed.

Read more here
Posted by GreenFertility at 10:22 AM