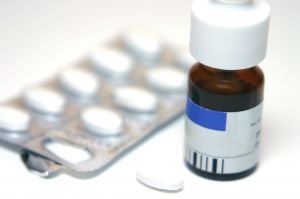 May I say that having a kid with cancer has been quite a singular experience, and of medication errors, I know whereof I speak--so hopefully our experience can be helpful to YOU.

I was thinking about this the other day when I was in our local Ocean State Job Lot (The RI version of the Dollar Store!) and was thrilled to find this spring water we use there, so I bought 5 cases (each with 6 glass bottles) for a dollar a bottle. So when the cashier wrote it up at $27, I (trying to be honest), said, "Uh, I have 5 cases here," trying not to point out the fact, also, that 27 is not divisible by five, or six (and, please let me note, I'm TERRIBLE at math, but I do remember 6 x 5 = 30 from Schoolhouse Rock).

"Okay," she said. "So it's 24 bottles, right?" I shook my head, and she had to (poor thing) literally take out all those heavy cases (avoiding this is why I bought them by the case in the 1st place) and literally counted them out...one...two...three...eeeny meenie miney mo, etc. 2-3 times and finally got 30 2 times out of 3.

I got a laugh out of this with MAN FERTILITY, as he knows that racial stereotypes dictate that I should be good at math, and I was proud to have finally encountered someone whose math skills were worse than mine.

This would all be funny EXCEPT, that it made us recall the time, pre-op at a very large, busy hospital in Los Angeles, that that one of the nurses asked us our son' J's weight, and my husband told them, careful to spell it out THAT'S IN POUNDS. So (nosey mom that I am) I glanced at the chart when she went off to get the pre-op sedative, and saw it was something like 66.4 kg--TOTALLY the wrong way!!!! 1 lb= .45 kilograms, which, last time I checked, was what we learned in high school chem class.

I did my war dance, and she was sort of like,"Tee-hee, oops! I thought it was 2.2 pounds per kg." (this was also after J almost got the wrong treatment bec. someone else had a name/age similar to his...)

Now, don't let me scare you, but I have dozens of stories like that, given that we've been in the hospital for months and months. I guess you could say dozens of incidents/many days in hospital only means a few incidents/day....but even one is way bad, in my book.

Let me leave you with just one more:

When J came out of surgery (a different time), and, like in the article, was handed off from surgery to intensive care, MAN FERTILITY or I was at J's bedside every minute. I was (irrationally, I know) primarily worried about those "angel of death" type nurses who intentionally give people too many meds. So when a nurse comes in with a huuuuuge syringe of Tylenol 3 to stick in J's IV bag, I was like, "Hold on there, missy, that's at least 2x as much as he usually gets."

And she said (use angry, snippy voice, "It's in a different syringe [you idiot] that's wider than it is long." And she showed me the CCs and indeed it was the same volume, and it had just been an optical illusion, and I felt bad, I guess.

....Until, when I was banging around the halls looking for some juice or something, I heard the same nurse, getting ready to go into the room with a nursing assistant. She said something to the assistant, like, "The mom in there is a huge pain in the ass, but I'm glad she questioned me about the Tylenol 3, since we make mistakes all the time and no one checks--I wish MORE PARENTS WOULD DO THIS." (Of course, her behavior toward me when she saw me in person was less than reinforcing, she still treated me like the total who-are-you-to-question-me? pain in the ass...oh well)

The moral of the story is: check your purchases at the Job Lot and your meds ALL THE TIME. Bring your calculator if you're forgetting your times tables, like me.

If it's your child, your parent, YOU, don't be afraid to be a bitch like the FertilityBITCH. Your nurses may even (secretly) thank you for it.

Young children are the most likely victims of surgery-related medication mistakes, a new study has found, and poor communication as the patient moves from the operating room to recovery is the most likely culprit.

The study, released yesterday, was done by the United States Pharmacopeia, which sets standards for the pharmaceutical industry, and by the Uniformed Services University of the Health Sciences in Bethesda, Md., and two nurses’ associations.

Medical error has been a charged topic ever since a 1999 report by the Institute of Medicine, “To Err Is Human,” estimated that such mistakes led to as many as 98,000 deaths a year — more than highway accidents and breast cancer combined.

The current study did not try to estimate total error rates. Instead, it analyzed 11,000 mistakes that had been voluntarily and anonymously reported to the pharmacopeia by hundreds of hospitals since 1998.

The study was confined to errors made on patients undergoing surgery, and the rate of harm, 5 percent, was much higher than is typical for medication errors. Among children it was 12 percent.

Most of the errors involved painkillers and antibiotics. Four resulted in deaths, and one death was of a child.

Problems typically arose when a patient was handed off from the preoperative team to the operating room to the recovery room to the regular ward nurses, said Diane Cousins, a health care specialist at the pharmacopeia and one of the authors. “The system is often very fragmented,” Ms. Cousins said.

Typical dangerous mistakes were failures to administer antibiotics before surgery, failures to note allergies, errors in setting pumps that dispense blood thinners or painkillers, and giving overdoses to infants.

In several cases described in the report, poor penmanship, careless listening or bad arithmetic caused patients to get doses 10 or even 50 times as high as they should.

“It’s beyond troubling that the smallest, youngest patients are the ones most at risk,” Ms. Cousins said.

There are 10,000 drugs in the marketplace, she said, and many have never been tested on children in clinical trials, so doses are often made by guesswork based on weight, involving conversion of pounds to kilograms, sometimes by nurses who are not pediatric specialists. [or may be ex-Job Lot employees?]

“These may be back-of-the-envelope calculations not checked by anyone,” she said, “and they are often in very tiny amounts — milliliters — and that in itself breeds errors.”

The report made 42 recommendations, among them that hospitals improve communication and designate a pharmacist to be consulted for each patient.

Since 1999, committees investigating medical mistakes have routinely recommended that hospitals install computerized systems for prescribing drugs, which can sound alarms when a toxic combination is ordered for a patient. But fewer than 10 percent of all hospitals have them.

Posted by GreenFertility at 7:13 AM

That's harsh, GF, and I've been there myself with the medical errors. Sorry to hear that you've had to go through that with your son; the whole 9 yards.

I won't tell you all my stories here, but let me just drop the fact that during my second of 3 surgeries, 2 of 3 lymph nodes were LOST between the surgical room and the pathology lab. My surgeon said she almost fell off her chair when she read "one lymph node...." in the path report.

This subject of medication errors is HUGE, and yes, people need to pay attention to everything they put in their bodies and question the person giving it to them. It can be so intimidating, but could ultimately save your life.

Oh no! I assume they were removing them precisely to DO a path on them. Where did they GO???? (Under the bed?)

I have been reading all of these pages here and the enlightening aspect and the story-sharing-compassion-giving aspect should be enough to quiet the screaming inside my head, the ache in my heart, the anger at the satanic unfairness of it all. I am a mother of three little boys. I hold regrets about decisions my husband and I have made in the past concerning our family's health. My sons are not aware that their mother, born at home, gave birth at home and aspiring to become a midwife, feels guilt that I brought forth serfs and guinea pigs for Big Brother. I believe that all hopes and fears will manifest someday, somehow and as all things are made up of energy our thoughts and actions and words ought to be pure and loving. In spite of my well-founded fears, every affection exchanged between my sons and me is nothing short of heaven on earth. For so many years now at my own bedtime when I make a final inspection of my sleeping babes (making sure all tiny legs are tucked warmly under covers and what not) I never leave out blowing kisses to you and your little babes (little as in infants to grad students)and sometimes even cry a little.