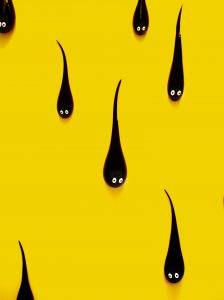 Earlier I had been trying to pull together the results of a European conference on the impact of the environment on men's health, especially the alarming worldwide decline in sperm counts, but for some reason the report was only available in Serbo-Croatian or something like that.

So I was glad to find
Confronting the Estrogenic Effect, which tells us that males - specifically the Y chromosomes that make men, well, men - are under attack. The average sperm count of contemporary human men compared to their grandfathers is dramatically less, approaching the half mark.

To all the crap found in sludge, add: xenoestrogens. Eeek!