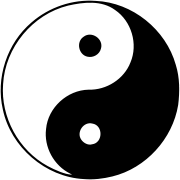 Okay, for any of you MAN FERTILITY/squeamish/blood-phobic types, LOOK AWAY!

As Joan Rivers used to say, "Can we tawk?"

We've been trying to conceive for two months, but all this talk about sludge has made me realize that I am personally a bit sludgy: my menstrual cycle starts out as weak brown spots, then is dark and clotty, plus accompanied by PAIN that is somewhat relieved by the hot water bottle. Plus, something that I haven't had since I went gluten-free: the menstrually-related zit.

I have a great acupuncturist here, but I decided to try a place in Boston where I could get acupuncture plus Chinese herbs plus this very intense massage called Tuina, where the masseuse pretty much finds all your sore spots and jumps up and down on them and really gets that lymph flowing.

The practioners there pretty much agreed with my self assessment, but with varying estimates of how long it would take me to get rebalanced. I'll let you know how it goes.

One day I got to the clinic too early and chatted with another patient, a woman who said she wished she'd known about Chinese medicine back when she was having fertility problems. She said she did IVF (I don't know if it was successful or not) but she was in to get treatments for to help her feel better because she was being treated for cancer, which she said may very well be related to the fertility treaments and its crazy manipulation of hormones...

Anyway, it's too early to tell after a week if I feel better, but one thing I don't like is how they stick the needles in extra deep until they hurt. I KNOW that if your chi is blocked, often the points are tender and that's a good sign, but, call me crazy, I hate pain...

and some of this

The information will lead you all over the fertility charts, or lac of fertility.

I have too much time on my hands, I have mnore if you care to look lol

Hey -- try Master Chunyi Lin -- he's gotten many couples to conceive! He can do it over the phone!! He lives in Minnesota and has even taught the Mayo Clinic doctors.

Thank ya Christina! I love howstuffworks.

How does one do chi gong over the phone?

hey lady -
have you thought of trying mayan uteran massage? it supposedly realigns the uterus to strengthen menstrual cycles and increase fertility. check it out - i almost did it this last time but was seeing a doctor i really liked and continued with him... there are practitioners all over the country. http://www.arvigomassage.com/
~kim

Well Master Chunyi Lin sat full-lotus, in a cave, for 28 days straight (no water, no food). After that he was certified by the Chinese government as an international qigong master. His third eye is fully open which means when he focuses his energy it unites with nonlocal consciousness -- beyond spacetime -- and then does long distance healing.

So he can send energy over the phone lines -- or "over" anything! -- the phone just acts as a means for focusing the energy.

Or google "bigu" to learn about Chemistry professor Rustom Roy's conference on Yan Xin's qigong that has enabled many people to go long times without food.

Thanks, Kim--yes! I did to 2 Arvigo massages in MA. The person said my uterus was tipped over and sludgy--sound familiar???? That's when I noticed my menstrual pattern was really $(*@ed up...

Thanks for reminding me, I meant to do a post on it.

Once again I bring up self fulfiled profecies, You are dwelling on this not being able to concieve and how bad your menstural cycle has become, Maybe having a better attitude could open your life up. after all, your answer is probably right in front of you.

<3
Christina,
yes I know I cant spell to save my life.

Thanks Christina, yes the mind is a powerful thing...